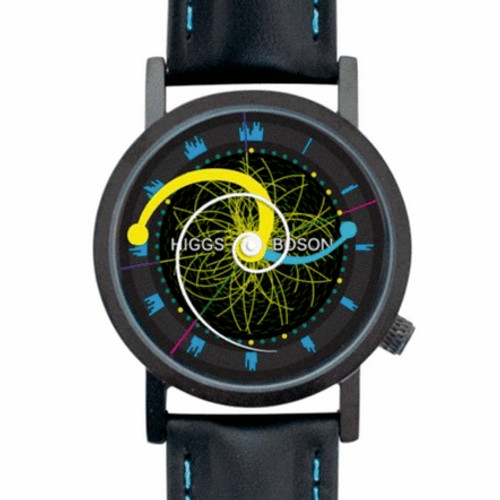 The Higgs Boson watch commemerates the 'god particle' with tracks that spiral forever on your wrist. The Higgs boson may have zero spin, no electric charge, or strong force interaction, but the Higgs boson watch has an excellent black leather band with blue stitching. The image shows what is believed to be evidence of the Higgs decaying into other bosons during a collision.

That Doesn't Mean What You Think it Means

You're Saying it Wrong

The Manga Guide to Calculus